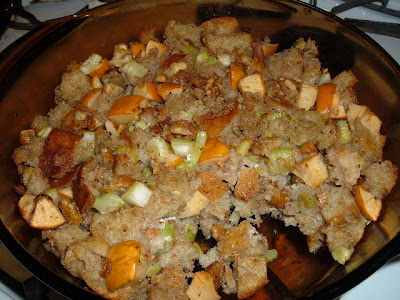 *Note ~ this post was originally written in November 2009 and is reposted here from my MotherHen Jen bread blog because I don't have time to write anything new today, and I wanted to share this easy and fresh bread stuffing recipe with you for Thanksgiving. Happy Thanksgiving, everyone!

Well, this year I decided I could do better than the boxed stuffing mix. So I created a recipe using my own MotherHen Jen artisan breads as the base and then added my other fresh ingredients to make a wonderful and tasty bread stuffing casserole. You can also stuff the turkey with it, but I prefer it as a casserole side dish as I usually stuff my turkeys with a rice & meat based stuffing recipe that was handed down to me from my Mom.


This recipe is flexible on the amounts of fruits, nuts and vegetables that you add in. Add more of what you like best. The broth and juice can be adjusted to your liking as well, depending on whether you like a more moist or a drier stuffing.


It tastes great straight from the oven, warm & moist with a crisp top, but I think it tastes best when served with some nice turkey meat and good homemade turkey gravy ladled over the top. 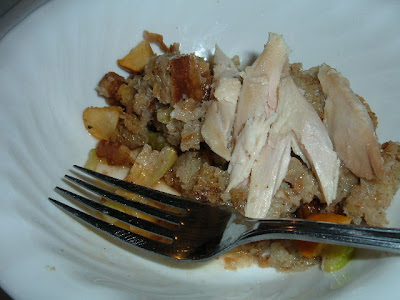 Bread Stuffing Casserole ~ by MotherHen Jen
for Thanksgiving or Anytime

2. Stir together melted butter and olive oil. Pour over bread mixture and toss gently to coat.

6. Spoon (use hands) stuffing into the prepared 2 qt casserole dish and bake covered at 350 degrees for 30 minutes. Uncover and bake an additional 5-10 minutes for a crisp top. Serve with turkey or chicken and gravy.

Substitute other nuts for walnuts or omit nuts

To make the savory version, substitute chopped onion for the apples, substitute water or broth for the juice, season with garlic powder instead of cinnamon.

Please tell me about any other delicious variations you create for this stuffing recipe or any recipes using MotherHen Jen artisan bread.

© Copyright 2010 Mountain Harvest Basket
Posted by Farmer Jen at 10:33 AM No comments: 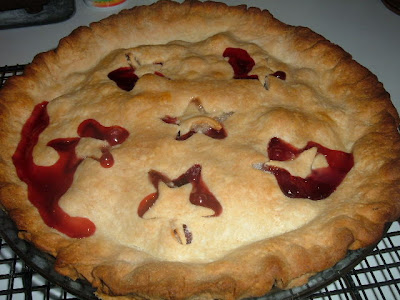 First off, this is a VERY belated blog post. I made this cherry pie way back in mid July at the peak of the summer fruit season. Hot days and balmy nights. The whole summer thing. I've just been so busy since then, that today, over 3 months later, is the first chance I got to compose this post.

to make the best cherry pie I have ever tasted. Ever.

This is the first year that I could use fresh sour cherries from my young Montmorency Cherry tree. (I call her Mary Montmorency.) She gave me just over one cup of fresh tart cherries. 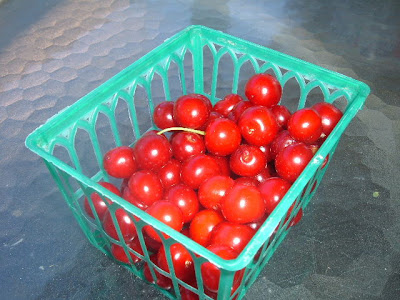 Well, one cup of cherries is not enough to make a whole pie, so I also used a combination of Bing Cherries and Van Cherries from my sweet dual graft cherry tree. Usually I just eat these nice sweet cherries out of hand for snacking, but this year my dual graft tree produced enough for snacking and some baking projects. I had a bit over 3 cups of fresh cherries, tart and sweet ones combined, for my pie. 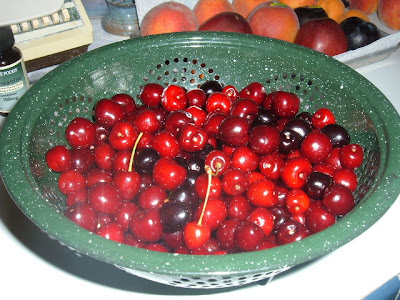 For some reason my pie crust turned out especially flaky (not sure what I did right to make it that way), and the combination of cherries made this pie taste wonderful. I can only hope to bake another one just as good as this one with next summer's cherry harvest. If not, well, I have my cherry pie memories to savor. 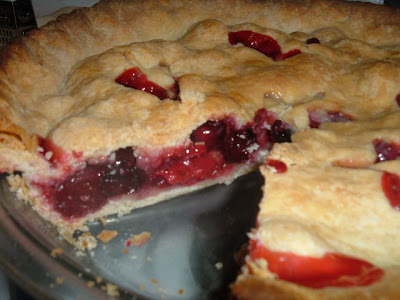 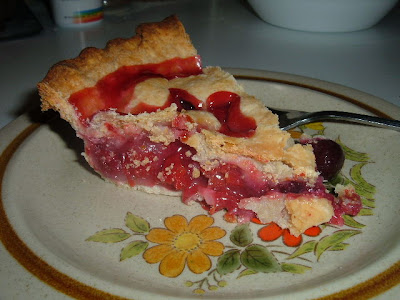 
Till next summer's cherry harvest these photo memories will have to do! 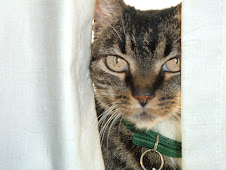 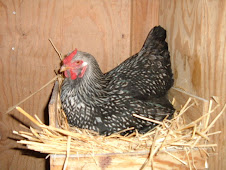